While most of the old Eastern Bloc countries appear to have taken to the free market with the zeal of the recent convert, the simulaneous development of social freedoms has, in some instances been rather slower. The previous Polish Prime Minister, for example, alone among EU leaders and in conflict with EU policy, wanted his country to re-adopt capital punishment.

In the western member states, however, the progressive abolition of economic restrictions seems generally to correspond to the extent of curbs on certain certain civil liberties. The most obvious example is the UK. But in other states, such as Denmark and the Netherlands, extremely liberal traditions in certain social policies have somewhat eroded as neoliberal economics have expanded. 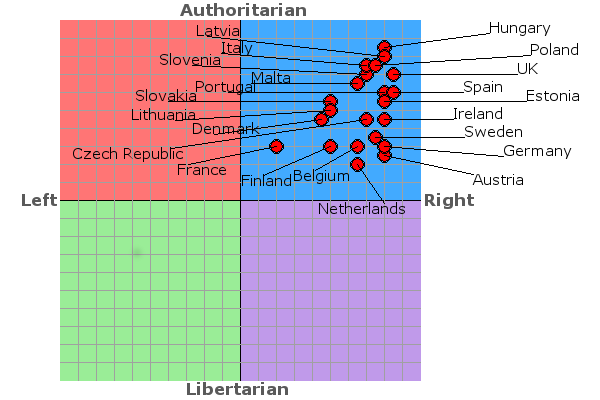